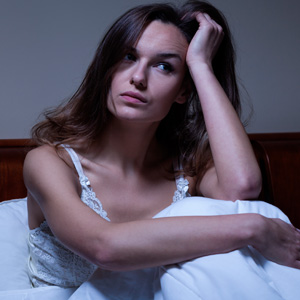 This condition affects one’s quality and/or duration of sleep. It can be

People often self-medicate with over-the-counter drugs, but Dr Lim Li Ning, a neurologist at the Singapore Neurology & Sleep Centre, cautions that medical advice should be sought if the problem persists for more than two weeks. Physician Wong Wen Jun, from the Eu Yan Sang TCM Clinic at Jurong Gateway, shares that acupuncture has been shown to be one of the most effective treatments for sleep deprivation. However, she reveals that one of the main causes of insomnia is stress, so she advises patients to first address aggravating factors in their life. If patients wish to undergo acupuncture, she stresses that they should pair this treatment with TCM medication to increase its efficacy.

Health Xchange, the website of the SingHealth group, says that 15% of people in Singapore (men almost four times more than women) suffer from OSA. These folks suffer episodes of airway blockage while sleeping, which leads not only to snoring (according to the website, not all snorers have OSA, but all OSA sufferers snore), but also reduced blood oxygen level. They stop breathing for 10 seconds or longer during sleep, and the severity of OSA is measured by the number of such stoppages per hour.

Left untreated, OSA can lead to

People with more severe OSA can opt for

Changi General Hospital’s Integrated Sleep Service estimates that RLS affects 5–10% of the population. This disorder causes patients to experience abnormal sensations in their legs, giving them the urge to kick or move their legs for relief. This worsens through the night, affecting sleep quality and sometimes causing insomnia. Health Xchange reports that the cause of RSL is unknown, but is likely to be genetic if it happens at an early age. People with iron-deficiency anaemia or who have a dopamine (a brain chemical that controls muscle movements) imbalance are more prone to RLS.

At the 2010 Singapore Sleep Awareness Week, it was revealed that bruxism, or the grinding of teeth during sleep, is common among children under 10 years of age, but most cases do not continue into adulthood. Unlike other sleep disorders, bruxism usually does not significantly disrupt the sleep of the affected individual.

Problems arising from bruxism include

This is an adaptation of an article, “Pillow Talk”, which first appeared in Issue 9 of NATURA magazine