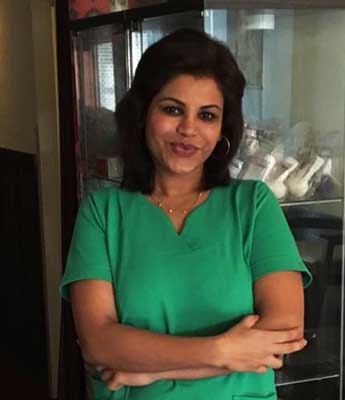 Q: Why did you seek TCM treatment?
As a massage and beauty therapist, I am on my feet eight hours a day giving therapeutic as well as sports massages, and treatments like facials, manicures and pedicures. About four years ago, I developed frequent backaches, and pain in my arms as well. There were times that I had to take medical leave. I just couldn’t get out of bed because of my bad back.

Q: What other forms of treatment did you try before TCM?
I had seen Western doctors who prescribed painkillers. They worked for some time, but never really fixed the root of my problems. I worked in Chinatown then, and decided to visit a neighbouring TCM clinic.

Q: How did the TCM doctor treat your condition?
He checked my pulse and my tongue, and also asked me about my work and daily activities. He concluded that it was primarily the physical nature of my work that had caused inflammation in my muscles and tendons. He prescribed acupuncture, and I also had cupping, where heated glass cups were placed on my back and shoulders, creating a suction effect as they cooled. This, the TCM practitioner explained, was to clear any blockages in my meridians and create a smooth flow of ‘qi’ and blood.

Q: How else did you modify your lifestyle?
For my work, I learnt some massage techniques that placed less stress on my body, and this helped in my recovery. After my visit to the TCM physician, I also became more interested in TCM. I learnt that I am ‘qi’ deficient, which leads to lethargy and fatigue. I was advised to eat ‘warm’ foods and I began, for example, to avoid ‘cold’ fruits and vegetables such as watermelon and lettuce. 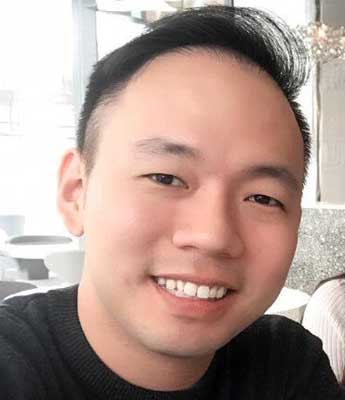 Q: Why did you first seek out TCM treatment?
When I developed a cough while holidaying in Shanghai last November, I did not expect that it would last five months. It seemed like I was coughing almost every moment of the day, and not only was it putting a strain on my chest, I also tired easily. At the time, I was in the midst of preparing for the launch of my new fruit juice business while heading my family-run food business, and this persistent cough hindered my ability to work. I had to take frequent breaks throughout the day and occasionally call in sick. It also affected my social interactions as people were cautious about being in close proximity with a sick person.

Q: Why did you turn to TCM?
I saw three different doctors five times and took a cocktail of prescribed drugs, but nothing improved. I was still coughing with the same intensity. I decided to take my parents’ and relatives’ advice and see a TCM doctor as I was tired of constantly not feeling my best.

Q: What was the diagnosis
The TCM physician said that I had “Ti Han” (体寒) or “cold body”, where my body constitution is yang deficient. I also lacked ‘qi’ in my liver and lungs, making my immune system weaker and more susceptible to external pathogens.

Q: What did the physician prescribe?
I was prescribed an herbal medicine* that was specially concocted to target the root cause of my health problem. After 10 days of taking it, I fully recovered from my cough.

Q: How else did you modify your lifestyle?
Due to my constitution, I was advised to keep away from the cold. I stopped sleeping in air-conditioned rooms and avoid ‘cold’ foods and drinks. I also do regular aerobic exercises such as jogging to improve my immunity and strength.