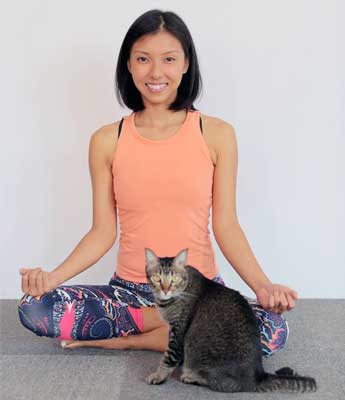 Q: Why did you first seek out TCM treatment?
A: As a primary school teacher, I was working 10 hours a day on average - more during exam periods, when I took papers home to mark. I was also dealing with children who had just started Primary 1 or 2, and had many emotional needs. Four years into the job, I was burnt out. I was physically and mentally fatigued, and became anxious about things that, on hindsight, I could not control. Physically, my neck muscles were strained and they ached. I also had cold limbs and suffered from frequent sore throats which resulted in a hoarse voice.

Q: Why did you turn to TCM?
A: My mother used TCM, and when I was a child, she would sometimes take me to see TCM doctors when I was sick. I grew up with the idea that TCM uses more natural treatments, such as herbal medication, and addresses the root causes of health issues.

Q: What was the diagnosis?
A: The TCM physician told me that I had a yin constitution, with a cold spleen and stomach. This caused a few problems. The lack of free-flowing yang energy — a warm, active force — explained why I didn’t take well to cold weather, and my hands and feet often felt cold. Since the spleen also controls our emotions and thoughts, I was not at my best emotionally.

Q: What did the physician prescribe?
A: I was told that I needed herbs and foods that were warming and nourishing. I boiled herbs like Danggui (Angelica root), Beiqi (Radix Astragali, also known as Huangqi), Ginseng, Red Dates and Ginger into a soup which I drank weekly. These herbs are warming in nature and nurture yang energy.

Q: How else did you modify your lifestyle?
A: I went for ‘jing’ massages (a form of TCM acupressure massage) and acupuncture sessions regularly for about a year. These helped re-establish a smooth flow of energy in my body. I also changed my diet. Overall, I definitely felt more energetic and less anxious as a result. I also started practicing yoga and mindfulness. Regular meditation has helped me become a calmer and more centered person. 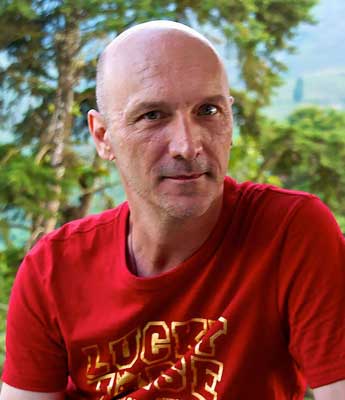 Q: Why did you first seek out TCM treatment?
I injured my shoulder while breaking a fall two to three years ago, and over the next 10 days, the pain got progressively worse. The long hours I spent working at my desk probably made the situation worse. A worker at a noodle joint I frequent knew an acupuncturist who she said worked wonders. I really wanted get rid of the pain and since I had nothing to lose, I decided to take her recommendation.

Q: Did you explore any other forms of treatment before acupuncture?
No. I just took some painkillers and tried to ice the shoulder. I had known the noodle lady for a number of years and trusted her.

Q: What did the TCM practitioner say?
He said that acupuncture would improve the circulation of ‘qi’ (life force) in my body and bring healing blood to the injury site. This would decrease the inflammation and pain, and allow me to recover faster.

Q: What did the TCM practitioner do?
He performed acupuncture on me, putting needles in places that I, as a layman, would never have associated with my injury – my calves, ankles and abdomen. For the most part, I didn’t feel the needles going in, except for the occasional one that he would twist, and ask if I felt it. That often felt like an electrical current. Once he was done putting in the needles, he left me to rest for about 20 minutes before coming back to remove them. He then asked me to flex my shoulder to see the results. I remember feeling almost no pain. It was really quite amazing! I wouldn’t say my shoulder was completely fixed after that one treatment, but I could move it without flinching. I went back for three more sessions, and all remaining kinks were worked out.